What exactly is the Google Play Store? From a mobile perspective, it’s an app, but it’s truly a platform. So, it’s essentially much more than that, as we’ll see in a moment. We’ll discuss about the Google Play Store in this article and try to answer a few questions, the most of which are rather basic. That is the purpose of this article: to provide as much information as possible on Google’s Play Store platform. So, let’s get this party started.

Unable to Complete the task, an error keeps appearing?

What is Google Play Store?

What is Google Play Store, exactly? It's a platform, as stated in the introduction. It's Google's platform for providing customers with a variety of digital material. The Google Play Store is not merely an app store, contrary to popular belief. Here you will find a wide range of information. In addition to your standard Android apps, the Google Play Store has music, movies, books, and games.

Google has a massive collection of music from all around the world, but it requires a subscription or a one-time payment, as content can be purchased online. Purchaseable movies and books are accessible, as well as a plethora of free apps and games. Some of the apps/games need payment, while others do not, however everything is indicated explicitly in the app listings.

Do all Android smartphones come with Google Play Store pre-installed?

They don't, in fact. The Google Play Store comes pre-installed on Google Mobile Services-enabled handsets (GMS). Granted, those are the great majority of phones available, as well as the vast majority of phones that you can buy. We're discussing Android as a platform, and Android is an open-source project. It's completely free to use, and manufacturers aren't obligated to include Google Mobile Services if they don't want to.

Google Mobile Services, which comprise a variety of pre-installed Google apps, are familiar to users. As a result, almost every smartphone maker that offers Android phones will have it pre-installed. However, there are certain exceptions. The United States has barred Huawei from pre-installing GMS on its phones. Huawei was formerly one of the world's leading smartphone manufacturers. There's a big background behind it, but it was the situation when this piece was written.

What kinds of apps and games can you find on the Google Play Store?

The Google Play Store contains not just apps and games, but also other digital items. In the Play Store, you may find movies, books, and music. Google created the Play Store to serve as a central location for its consumers to access a variety of digital content. Because the Play Store was designed primarily for Android smartphones, the major content would most likely be apps and games. However, the service has expanded significantly since then.

Many individuals use the Play Store to acquire access to the most recent music releases or to purchase a book to read. Movies are still quite expensive, at least in the vast majority of places, but it is an option. The Google Play Store catalogue can only expand from here, and who knows, maybe Google may add TV shows to the mix at some point. The Google Play Store has been around since late 2008, though it wasn't always branded that. But more on that later.

If it's pre-installed, do I have to download apps from the Google Play Store?

All Android applications should be downloaded from the Play Store, according to Google, especially if it comes pre-installed. All apps uploaded to the Play Store are thoroughly vetted by the firm. In other words, the corporation makes every effort to ensure that no malware reaches the store. However, the Google Play Store isn't the only place where you can get Android apps.

In the next paragraph, we'll go through that. But first, let me state unequivocally that the vast majority of users should only utilise the Play Store. If you must use a third-party store, make sure it is legitimate. If you're going to sideload Android apps, make sure you get them from a reputable source. Otherwise, you risk acquiring malware in the bundle with the software you're obtaining, which is something you really don't want to happen.

What are some alternatives to the Google Play Store?

There are a number of stores that spring to mind. Huawei's AppGallery is the company's own app shop, whereas Samsung also has its own app store for Android apps. There's also the Amazon app store, and a few other smartphone makers have their own versions. There are now some legitimate Android applications that are not available through the Play Store.

The main reason for this is that they are infringing the rules, despite the fact that the apps in question are not harmful. Some of them allow you to use capabilities that Google has disabled, such as playing YouTube videos in the background. F-Droid and XDA Labs are two good examples of such app shops. There are a lot of fascinating apps there that you won't discover in the Play Store. The nice part is that those apps have also been reviewed for security vulnerabilities.

How can I use the Google Play Store to update my apps?

If you need to update manually for some reason, you can do so. Perhaps you'd like to see the changelog before proceeding, or something similar. To begin, go to the Play Store settings on your phone and turn off automatic updates. If you do this, your phone will notify you when an update is available, and you can then go to the hamburger menu of the Play Store, select 'My apps & games,' and see what upgrades are available. You can also click the notification that informs you when updates are available.

How do I uninstall apps via the Google Play Store?

You probably already know how to uninstall apps from your phone's settings or the app drawer. You can also uninstall them from the Google Play Store. You may uninstall them from the same menu where you update your apps. To do so, start the app, then go to the hamburger menu on the left and select 'My apps & games.' Updates, Installed, and Library are the three tabs at the top.

You should go to the 'Installed' tab to see all of your installed apps. You can either open an app from here or uninstall it by tapping on it. This will essentially perform the same thing as using the settings or app drawer on your phone. You can also sort apps here to see which ones you've recently installed, read reviews, and see how much phone storage they take up, among other things.

Is it possible to download a dark theme from the Google Play Store?

Yes, a dark theme is available in the Google Play Store. In 2019, it was made available to Android 10 users exclusively. Google essentially pushed it to everyone in March 2020. In the Play Store settings, there is a physical switch. The 'Theme' menu will appear after you enter settings. If you tap it, you'll be able to choose from System default, Dark, or Light themes, depending on your tastes.

The dark look for the Google Play Store is now completely black. It has the same design as Google's other apps. Here, Google chose a really dark grey colour that isn't quite black. That's Google's pick, and it works, however going completely black could be a better idea. But it is what it is, and at least there are alternatives.

Is it possible to remove Google Play Store from my phone?

You probably won't be able to. If your phone came with the Google Play Store app pre-installed, it's conceivable that you won't be able to remove it. You can do that if you root your phone and gain admin access as a result, but that's all there is to it. That only applies if you bought a phone that wasn't pre-rooted or something similar. It's probable that if it's secondhand, someone has already played with it.

You can delete the Play Store from your phone if you root it, but this isn't encouraged. However, before you do so, make sure you have access to another app store where you may download apps. That isn't required, but it is strongly suggested so you don't have to manually download them from the APK Mirror website or something similar.

What is the relationship between Android Market and the Google Play Store?

Years later, in 2012, when it began adding music, books, and other content, Google decided to rebrand the service. It deemed that to be a more appropriate name, which is probably correct given that it isn't solely focused on Android.

What is the total number of apps available in the Google Play Store?

The Google Play Store currently has approximately 2.8 million apps available as of March 2020. The Play Store had over 3.5 million apps at one point, but that changed in the summer of 2018. At that time, Google decided to remove a big number of apps from the Play Store. Why? Well, largely because the company's Developer Policy has been modified. The number of apps plummeted from over 3.5 million to just over 2.5 million after the business did this. However, the Play Store has grown significantly since then, to its current size. So it accumulated roughly 300,000 new apps in less than two years. 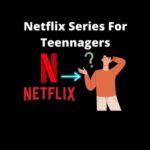 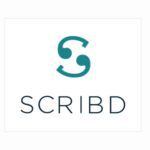